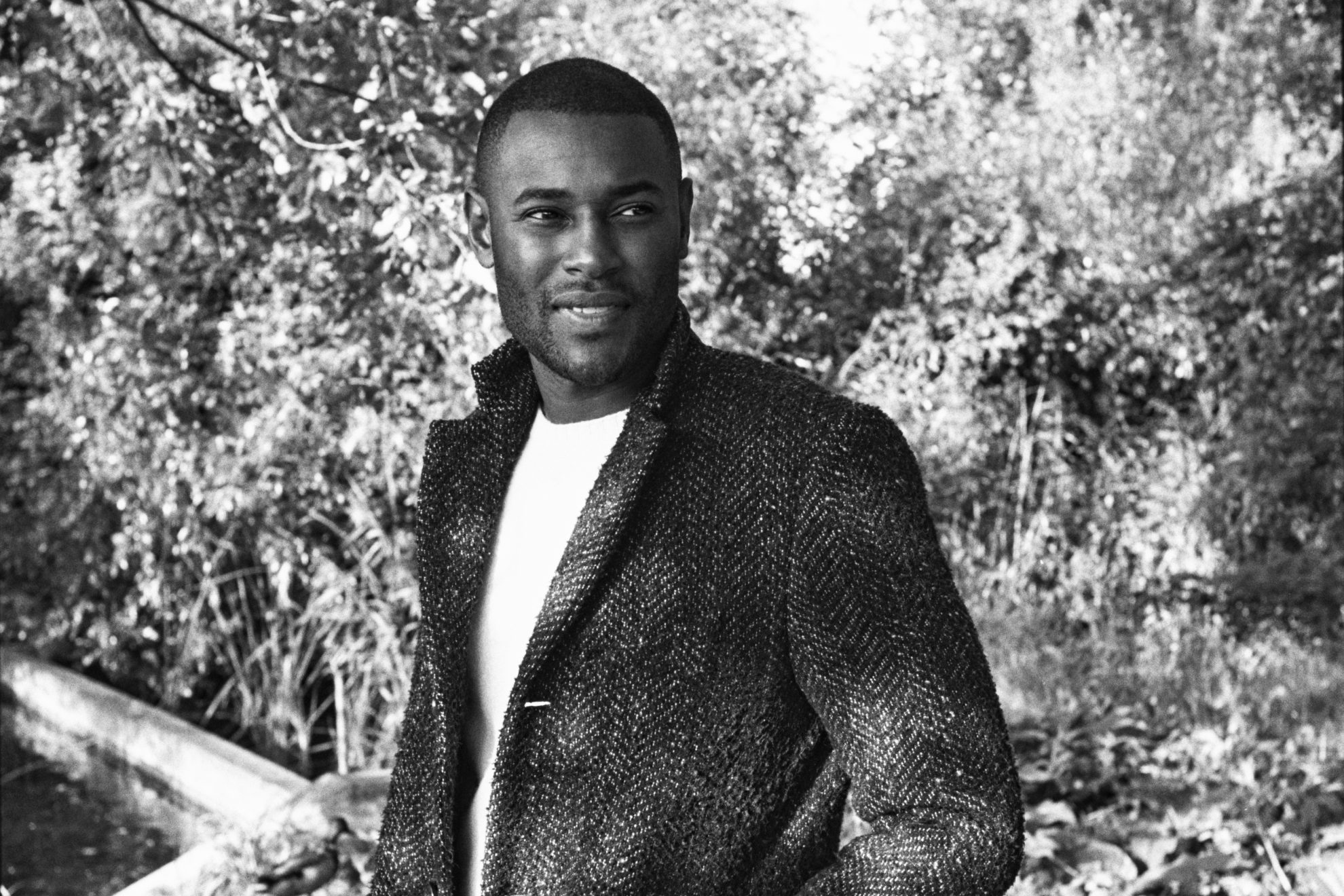 Beauty
New role model
International model Roger Dupé realised how the beauty industry was not for him. This Autumn he introduces Melyon — a skincare line for people of colour.
Photography FELIX SWENSSON Interview JOHAN MAGNUSSON

Dupé grew up in a suburb of Västerås, a one-hour drive away from the capital of Stockholm, with parents immigrated from Ghana and Togo. He spent most of his childhood at the football pitch, before a knee injury ended a promising career. Instead, he was headhunted by model scouts during a shopping trip in Stockholm. A successful career, which includes working for Kenzo, Acne Studios, Vogue, and Rolls-Royce, took off.

This Autumn, shortly after releasing his own biography, he has decided to take on a new challenge and become an entrepreneur.

— In Western Africa, where my parents originate from, skincare is a form of self-love, and something people have been doing for generations, he says. Taking care of your skin is more than a daily routine, and silk-soft skin is seen as an affordable status symbol. In later years I depended on the knowledge passed down by my parents, the well-being and confidence of good looking skin and routines. Years of experimenting, morning and night, planted the seed to one day create my own skincare brand.

Melyon is his way of paying homage to this upbringing, by offering vegan and ecological products that make people, regardless of their skin tone and status, feel included.

— I wanted to create a brand with a strong identity through our products and with a modern Swedish design. I want people to be proud to own the products and feel like it was made specifically for them, while trying to get away from the industry standards. The primary goal was to translate an idea of beauty that anyone can adopt and feel included with products that do not seem inaccessible to them.

Even though the product range works for all skin tones, it’s made with people of colour in mind.

— They’re focusing on conditions commonly found among darker skin tones, such as hyperpigmentation, severe skin dryness, and ingrown hairs, while still being suitable for all. We believe in a less is more philosophy, so we created four products: Milk Cleanser, both exfoliating and moisturising; the key player, Detox Serum, which is quick-absorbing and leaves a perfect glow; the deeply moisturising Day Cream reduces shiny spots; and the strengthening and repairing Night Cream, also removing dead skin cells. They all have everything you need to get healthy and fresh skin and are all full of strong and active ingredients, such as Vitamin C, Niacinamide, Baobab oil, Vitamin A, and Vitamin E, says Dupé.

If the Detox Serum is the key player, he specifically points out Baobab oil as a very special ingredient.

— It’s extracted from the African baobab tree, which is also called The tree of life. It’s huge — you can see it from miles away — the fruits are not only edible but best described as super fruits, and the oil is used in a lot of skincare in African countries. It’s amazing for the skin, rich in Vitamin C and anti-oxidants, anti-inflammatory, moisturising, and it boosts the immune system. So, we included Baobab oil in all our products.

We’re in 2020 and still, for example, we don’t have makeup in every shade or skincare developed with darker skin tones in mind. Well, until now.

Roger Dupé states that he doesn’t believe the beauty industry is inclusive enough yet.

— Working in the fashion industry for over a decade, I see that it still has a lot to do over there, and the beauty industry has an even longer way to walk. Dark skins have specific needs. Yet, conventional skincare brands don’t necessarily provide suitable products. I feel that there is a gap that needs to be closed. We’re in 2020 and still, for example, we don’t have makeup in every shade or skincare developed with darker skin tones in mind. Well, until now.

What’s been the major challenge?

— To learn all the different rules in the beauty industry. Our vision’s been to create something unique and environmentally friendly, which was not an easy road at all. It was a wake-up call that it’s really hard to create sustainable products at a fair price and a perfect design without being super-pricey. But we made it, creating a luxurious yet affordable brand, where not only the products and its ingredients but also the entire packaging is eco-friendly. 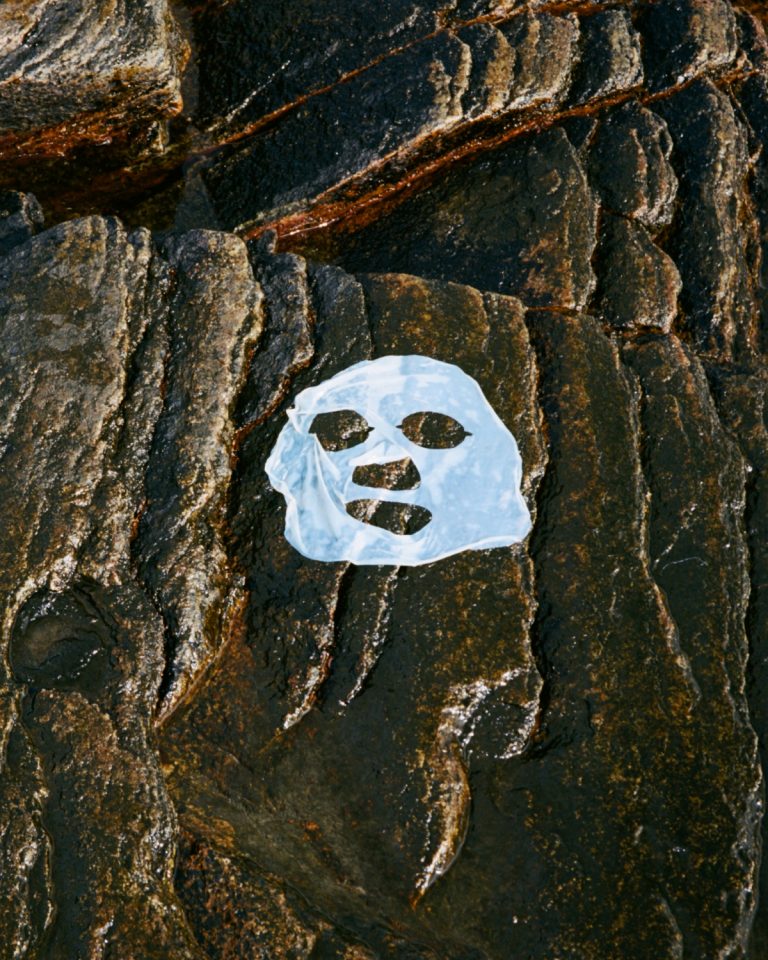 Briefing
6 essentials from the worlds of sports, outdoor, beauty, and tech 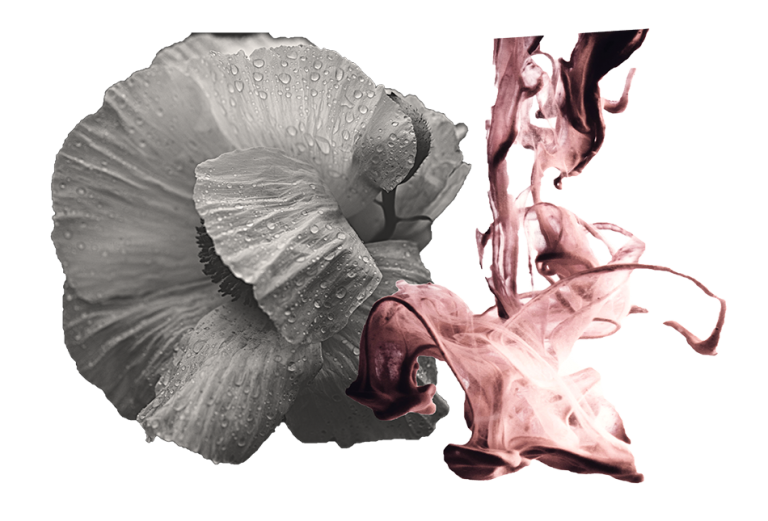