How to make a societal change in the Metaverse 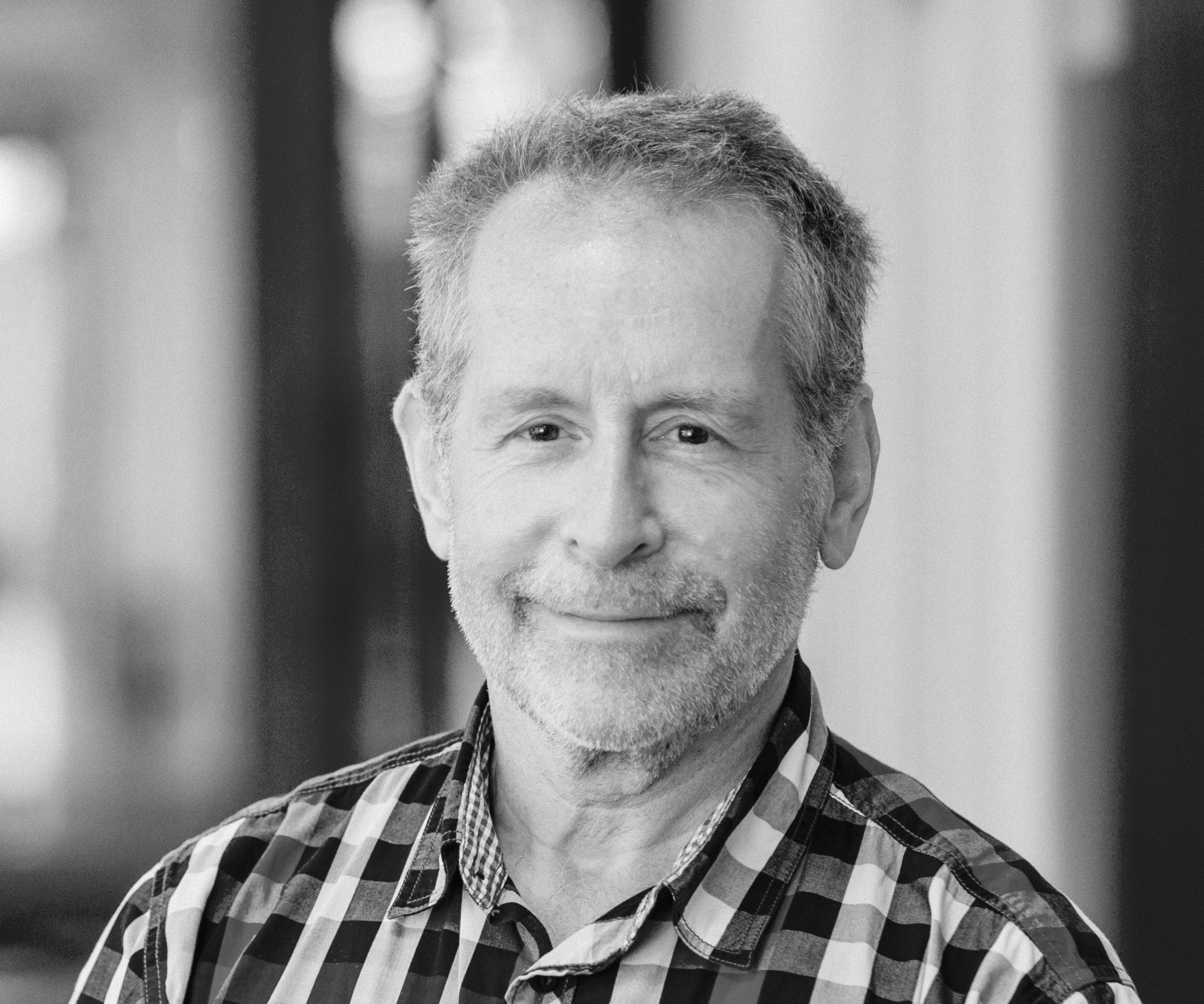 THEO KANTER
Researcher and IoT senior advisor Theo Kanter shares his key findings from many years of studying the Metaverse.

— My career began as a researcher and research leader in the telecommunication industry, earning a Doctorate of Technology in Computer Communications at the Royal Institute of Technology in Stockholm, in 2001, says Kanter. The results predicted the transformation of mobile telephony towards Metaverse experiences via wireless networks. I am retiring as a professor of computer science in sensor-based services but I’m still affiliated with the department of computer and system sciences of Stockholm university. As a senior advisor, I help organizations to apply distributed IoT technologies in new immersive experiences, in order to find new solutions to societal challenges in, for example, culture, transport, and health.

Tell us about your research on Metaverse. What have you studied?

— As a researcher you look at deeper issues, that may not be as relevant to the business community. But in the longer term, the answers matter a great deal. I have studied how the Internet of Things can support relationships and decision-making between people, places, and things on a massive scale in the Metaverse. The Metaverse is defined as a reality connecting people, places, and things on a massive scale in a shared simulated experience. In my projects, this translated to, for instance, Smart Elderly Care enabling the connectedness between the elderly, able to stay longer in their homes instrumented with sensors and significant others, focusing on safety and promoting their mutual awareness and social interaction, assisted by professional care in the face of anomalies. By this time, the distributed IoT technology of which I am the inventor had matured into a real-world platform, a subset of which was used for research and education.

You’ve previously released The Metaverse and eXtended Reality with Distributed IoT. Can you tell us more about it?

— The Prompter project (an XR experience connected to the Royal Dramatic Theatre in Stockholm, Ed’s note) demonstrated how distributed IoT technology enabled massive shared interactive experiences in the Metaverse for performing arts and its audience in the Metaverse. The important outcome for the theatre was to be able to eliminate the physical boundaries between its location, actors, and its audience. In a Youtube movie, different perspectives of the interaction were shown and the keen observer will be able to spot actors in different perspectives simultaneously in each of the views from an Augmented Reality, Virtual Reality, and PC observer, Kanter explains.

If we look at the Metaverse of today, what’s good and what can be improved?

— What’s new is the idea that technologies have matured such that services will move to an interactive 3D environment plugged into the Internet, but that is a rather thin idea, to begin with. The Metaverse is currently very much technology-driven and little wonder there are very few users in the costly Meta and EU Metaverse platforms. The bigger issue is finding how the Metaverse can contribute to sustainable solutions for mobility, elderly care, health, culture, for education, to name a few. Governments have a very important role to play in digitalization for the services it has to provide to citizens. The Metaverse has to grow by applying the technologies in these areas, evaluating the utility for citizens, and understanding the implications for the data that it generates, such that citizens are left in control.

And for ventures that are curious about Metaverse and its possibilities, where do you recommend starting?

— Those with deep pockets, such as Meta and others, use their resources to force the market and deploy a platform. Leave them to it. The transcontinental railway that was built in the US was forecasted to create wealth for the railway companies, but instead spawned companies like Levi’s to manufacture clothes for the track workers. Building the Internet was no different and so far nothing has emerged indicating that the Metaverse will be any different. In the Metaverse, businesses should focus on creating a service that meets a real need based on the challenges that society faces. Hence, the questions become: what can an interactive 3D environment plugged into the Internet help in terms of finding sustainable solutions that matter in the real lives of citizens, in the areas of, for instance, mobility, elderly care, health, culture, and education? How can you manage the data such as providing a necessary service for governments responsible for delivering these services? Clearly, there are all the entertainment-related opportunities in different media and gaming-related industries, but these actors are generally already very much aware of the opportunities.

— Artificial Intelligence is not a single technology, but rather a multitude of technologies intended to automate behaviour that empowers us to achieve more in less time. That has been the whole intent and purpose since the ascent of mankind and accelerated beginning with the creation of weaving machines in the 1700s. Artificial Intelligence means artificially created information. Therefore, as long as we stick to the idea of automation, we are doing fine. But lately, scientists have gone off the rails as a result of the accelerating pace of technology developments, promoting the idea of an artificial human mind. We can all appreciate the danger of having world leaders left in control of nuclear arms supported by automated decision-making. However, there is absolutely no scientific evidence, nor is there any clear theory of either the operation or the organization of a human mind. Yes, we have seen better and better observations, but the truth of the matter is that no one has a clue. All we have is people who speak in amazement at a technological achievement, such as of Siri or Google Assistant. But then we are no better than what the futurist Arthur C. Clarke noted as ’any sufficiently advanced technology is indistinguishable from magic.’ Also, herein lies the very real danger that we are gullible and trusting, and can be fooled into believing that we are interacting with a real person.

And, you’ve named so-called ’distributed systems’ as the next big thing for IoT. Can you explain?

— One of the main findings of my research is that decentralization and distribution are key. So far research has looked at moving computing closer to the ’Edge’ (of the cloud) and to devices where data is used. That is how the Borg race in Star Trek operates when their centralized intelligence orchestrates and choreographs their decision-making. In order to win, all the Star Trek crew has to find is a way to disable the Borgs’ network connection. My research has studied the opposite, which is how to create distributed autonomous relationships with people, places, and things, meaning AI in the future Borg would have its own perception and be able to have relations with others. Such a Borg would be much harder to defeat. On the other hand, we would not need to, since that Borg would essentially become Data with empathic relations to the other Star Trek crew members. That is beyond the distributed systems paradigms of Edge and Fog computing. That is what my invention is about interlinking people, places, and things and allowing them to act autonomously independent of the cloud, says Kanter. He continues:

— Different actors have misused the Internet to centralize our Data and management of our Data. For developing and providing a new service, Cloud Platforms and Edge computing has been an excellent move. Citizens are kept happy as they get serviced while we continue to deploy more communications infrastructure in place with more antennas and higher data rates. But there is very little debate in terms of resilience and sustainability, which should matter to citizens. If there are power outages, the expectation is that these can be ignored. Our data and lives are moved into a digital world with a fancy name, the Metaverse, outside of our control or obligating us to sign in to some centralized entity. We need to take back control and thus I think there is a fundamental need for what the invention enables: interlinking people, places, and things, and allowing them to act autonomously independent of the cloud.

— The original vision of Ubiquitous Computing (a concept in engineering and computer science where computing is made to appear anytime and everywhere, Ed’s note) first described by Mark Weiser in 1993 was to leverage computing capabilities in everyday items in order to automate tasks and empower us. The research is still ongoing but mainly focused on human-computer interaction, while we are on the road to becoming Borgs, tethered to control and data that manages us humans. The question of how you and I or our children wish to lead meaningful lives necessitates more funds for digitalization experiments that reinvestigates the social contract between citizens and actors in society from a digital perspective than we have seen in recent years. 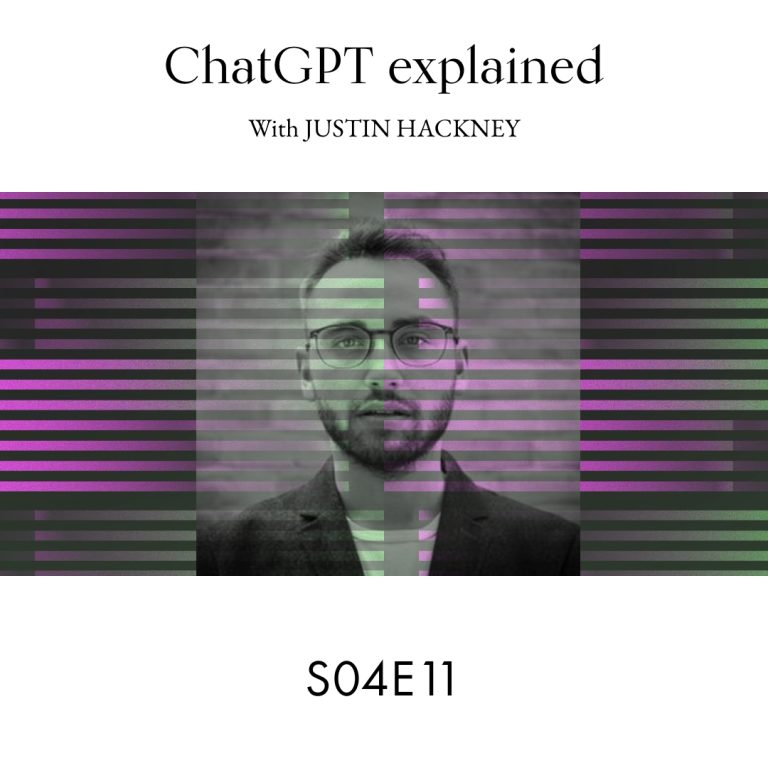 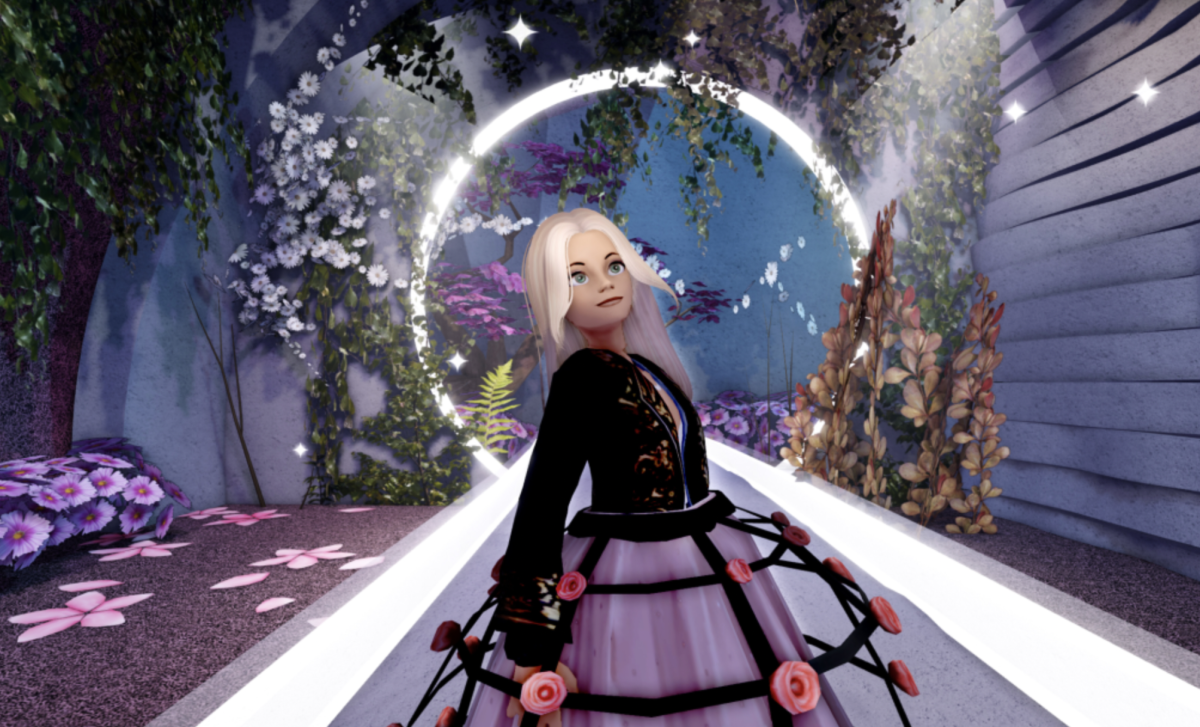 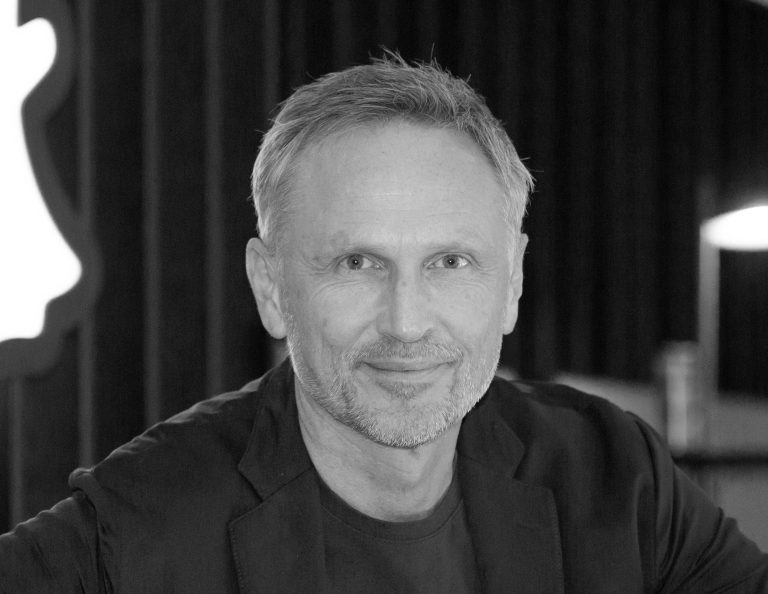 LARS BO JEPPESEN
On how technology is transforming marketing 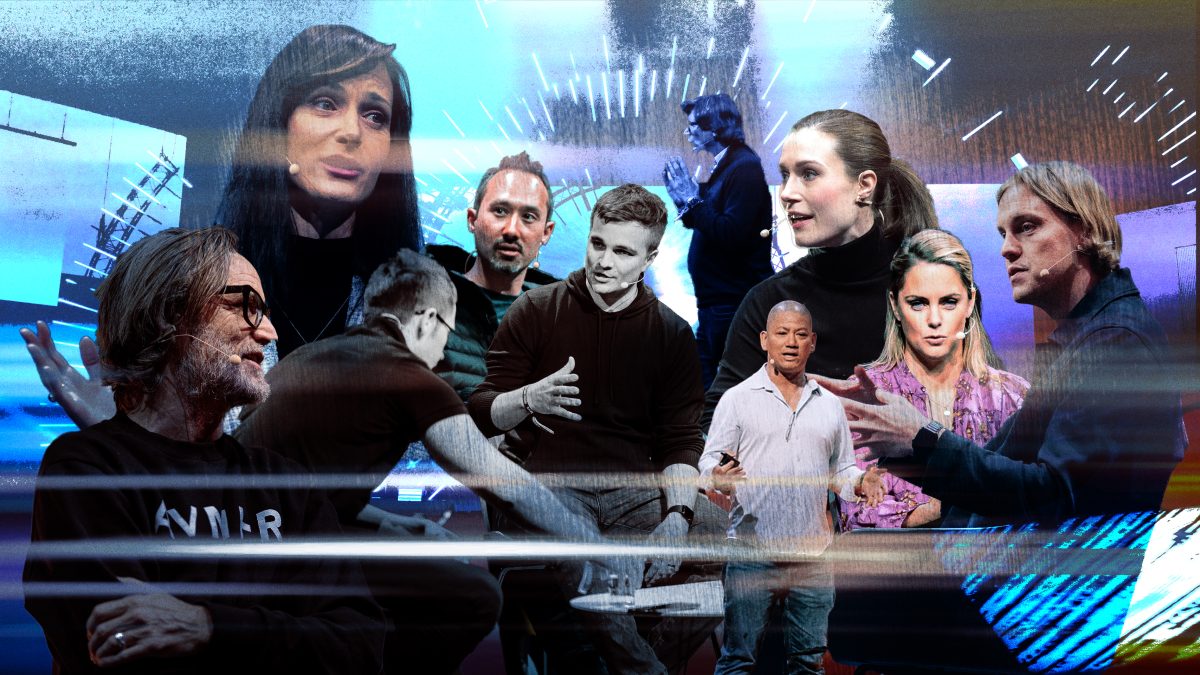 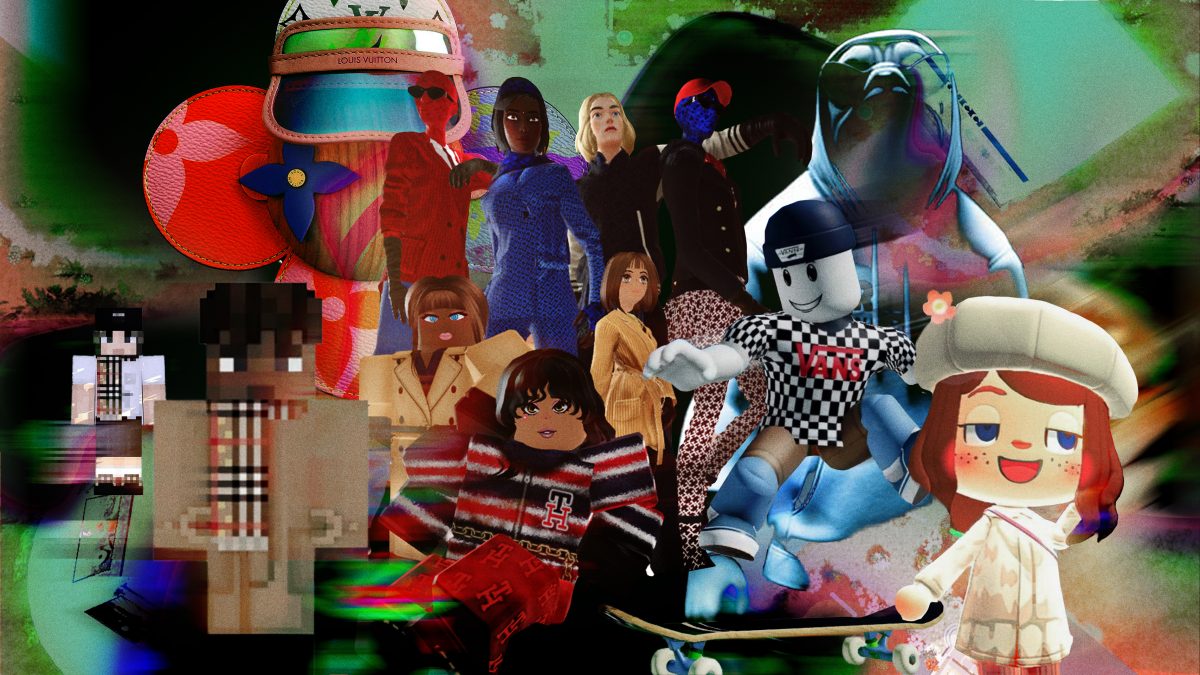