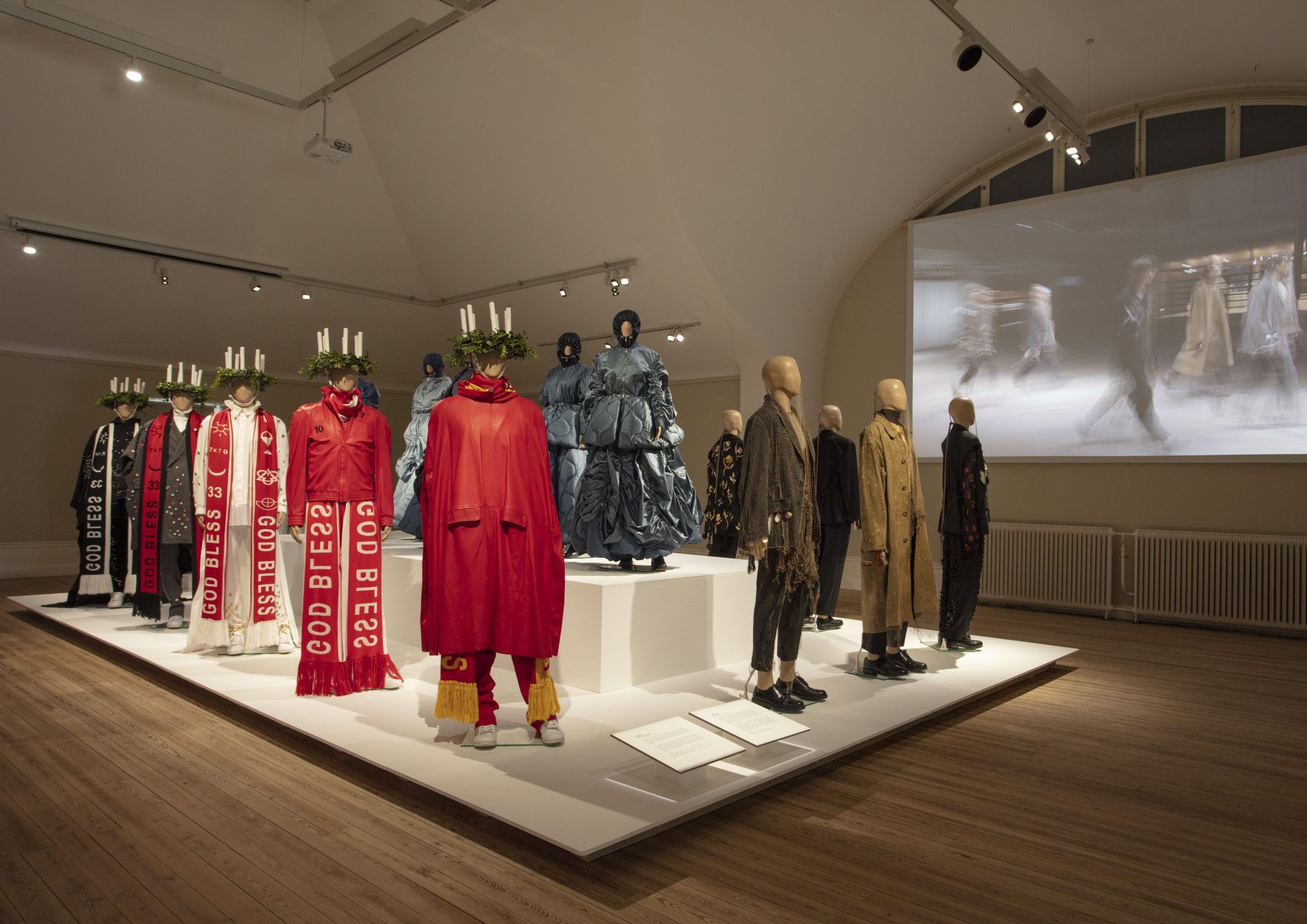 Originally the home of Swedish Prince Eugen (1865-1947), Prince Eugen’s Waldemarsudde is now among the country’s most-visited art museums. Their brand new exhibition Future Nordic Fashion is created together with Designers’ Nest. The Danish non-profit initiative supports fashion talents from the Nordic countries in their early stages after graduation and features graduate designers who show high levels of originality, creativity, craftsmanship, and responsible design. Each year, 10 finalists are selected to present their graduate work at a joint fashion show at Copenhagen Fashion Week. Awarded designers receive, among other things, mentorships, study visits, a paid internship at Bottega Veneta, and support to produce a commercial collection with Browns Fashion in London, tells CEO Ane Lynge-Jorlén.

— Our Exhibition Prize 2021 is awarded in collaboration with Prince Eugen’s Waldemarsudde. All designers on display at the exhibition are former and current finalists and winners of Designers’ Nest, she says.

How’d you describe the exhibition?

— It features some of our most talented and distinctive emerging designers that have been through Designers’ Nest since 2017. It’s a retrospective that focuses on craftsmanship and conceptual design, focusing on themes such as identity, sustainability, and the link between fashion and art. The Nordic countries are not founded on a long history of fashion on a par with, say, France. But we have an emerging talent scene of very high quality. The younger generation use fashion as a medium to communicate aesthetically how social and cultural surroundings shape human lives through personal, sustainable, culturally diverse perspectives, and use new material methodologies. In my view, they deserve a platform where they can be seen, internationalized and promoted from both cultural and economic perspectives. It’s really a matter of empowering a future design culture in the region, says Lynge-Jorlén.

— The exhibition is displayed on the top floor of the mansion, and begins in the prince’s former studio, as Prince Eugene was a professional artist. This space is dedicated to the award-winners, and here the works of four designers are on display, while there is also a film running, showing the runway show of the ten finalists from the Copenhagen Fashion Week 2021, tells co-curator Philip Warkander. He continues:

— Early on, we decided that we wanted to do a thematically organized exhibition, and we began thinking about which themes we wished to highlight. The ones that we decided on — identity, sustainability, and the blurred area where art and design overlap — fitted very naturally into the layout of the ”South attic” of the mansion, which consists of three rooms, placed in a consecutive row. The room focused on ”identity” is at the very beginning, as this is such a hot topic today, not only in fashion but in current debate in general. The theme of ”sustainability” is placed in the center, and at the end, in the largest space, we have included the exhibition Absent bodies, initially showcased at Design Museum Denmark in 2020. The title alludes to how the body in fashion — as in all design — is at the core of the creative process. Design is often considered a solution to a problem, and therefore clothes — similar to architecture, interior design, and product design — are made to fit the body. Art, however, does not have the same ”function” and therefore art’s relation to the body is more multifaceted and exploratory. This is what we explore in this room, Warkander explains.

And how’d you describe the included designers?

— Idaliina Friman, who won not only the exhibition prize but also the entire Designers’ Nest competition, has created a very emotionally charged collection. Inspired by her great grandfather’s escape from Finland at the outbreak of the Finnish civil war, her design has found inspiration in Victorian silhouettes, but softened these references by using drawstring fastenings and padding. In this way, her collection is also alluding to the contemporary works of Moncler and Craig Green. Lili Pham, on the other hand, has created a very different kind of look in her collection, in which she has upcycled fabrics originally produced for H&M and IKEA. The result is elegant and wearable, says Warkander, adding,

— What unites the designers on display is that they propose ideas on the future of fashion. The garments were not made to be commercially successful, but to ask relevant questions regarding today’s society and culture. The discourses of sustainability and identity are consistently underpinned by the different designers. The exhibition demonstrates which key topics that today’s young designers are invested in, which might also give us a clue as to what the fashion of the future will look like.

”We don’t really need more white T-shirts, but rather creative visionaries who use their hands and brains to design for a better future.”

— The Nordic lights shine bright when it comes to emerging designers. We have designers that now work in some of the best fashion houses like Margiela, Marni, and Givenchy, or have opened their own labels. It’s so rewarding working with talents of this level who are so invested in their craft. Seeing their visions come to life through their work is amazing, and my only wish is that there were more companies backing them. We don’t really need more white T-shirts, but rather creative visionaries who use their hands and brains to design for a better future, Lynge-Jorlén shares.

— Contemporary fashion, in the Nordic countries as well as abroad, is in a state of confusion at the moment, says Warkander. Many brands struggle to update their business models, as these are not aligned with current concerns regarding climate change. In addition, fashion has for a long time been ”aspirational”, but this too feels rather antiquated. Many designers share the confusion, but few know how to move ahead. But uncertainty can also be a good thing, as it fuels the need for change and for the development of new ideas. I definitely think that the future of fashion is bright, but it will probably be vastly different from what it is today. 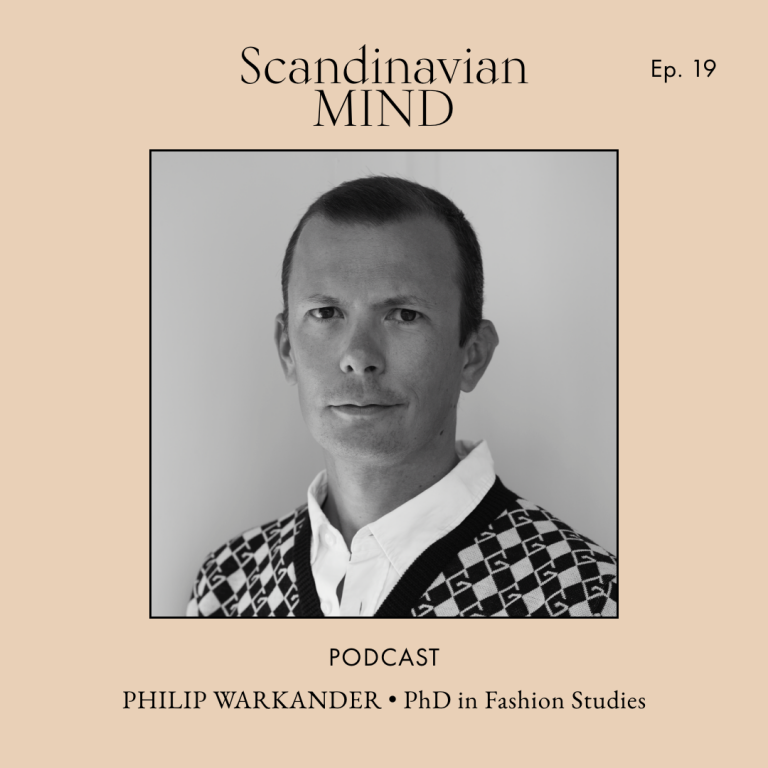 FASHION
Dr Philip Warkander on the irrelevance of fashion 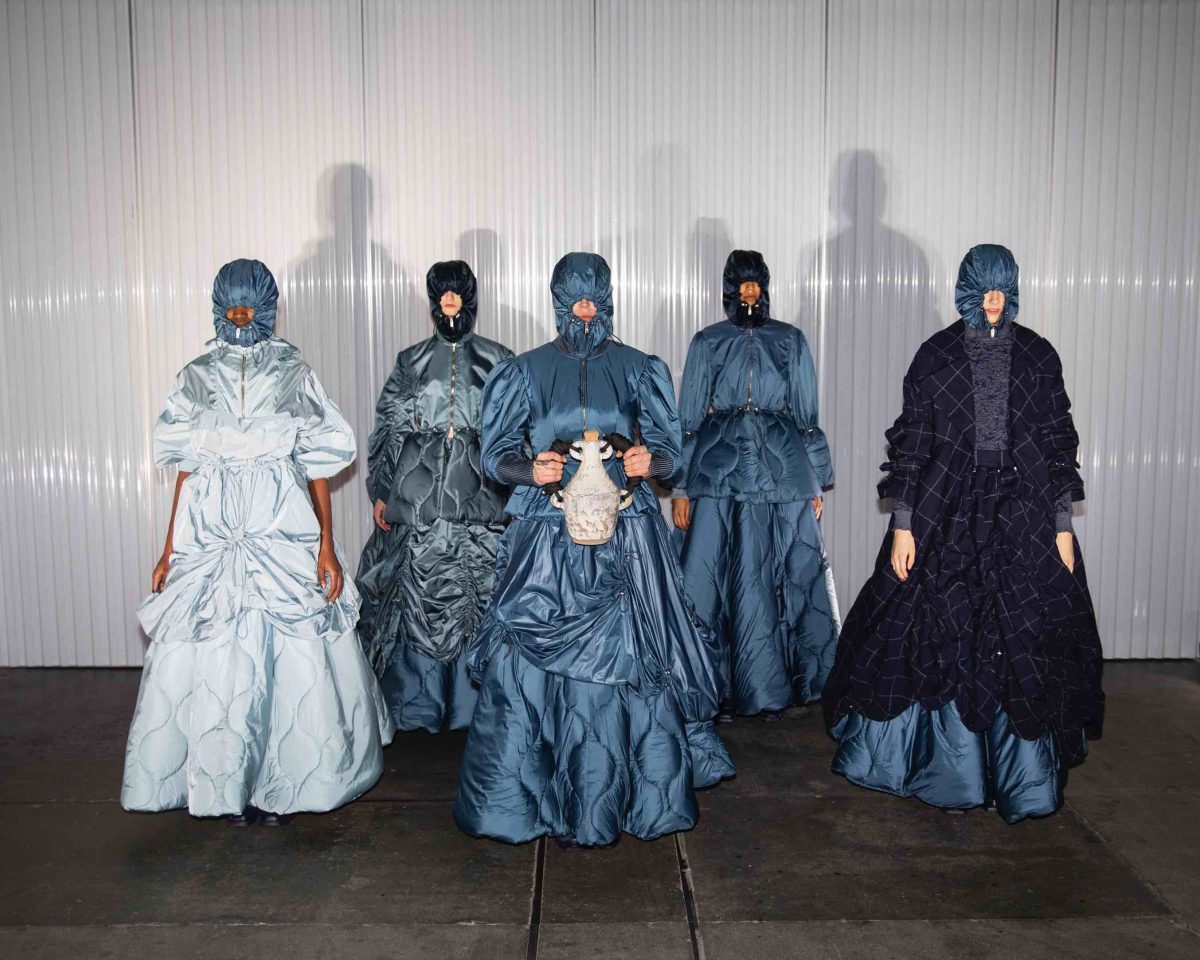 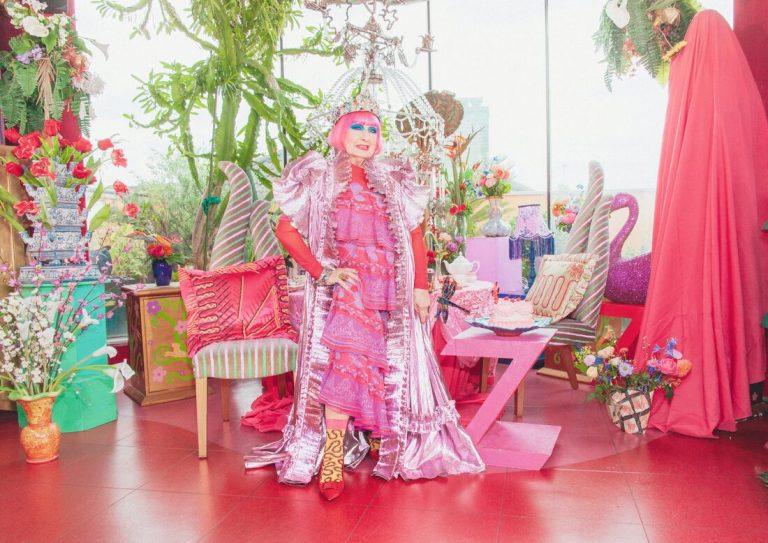