The Norwegian fashion house’s first space outside of Oslo just opened in ”the capital of the fjords”, Bergen. 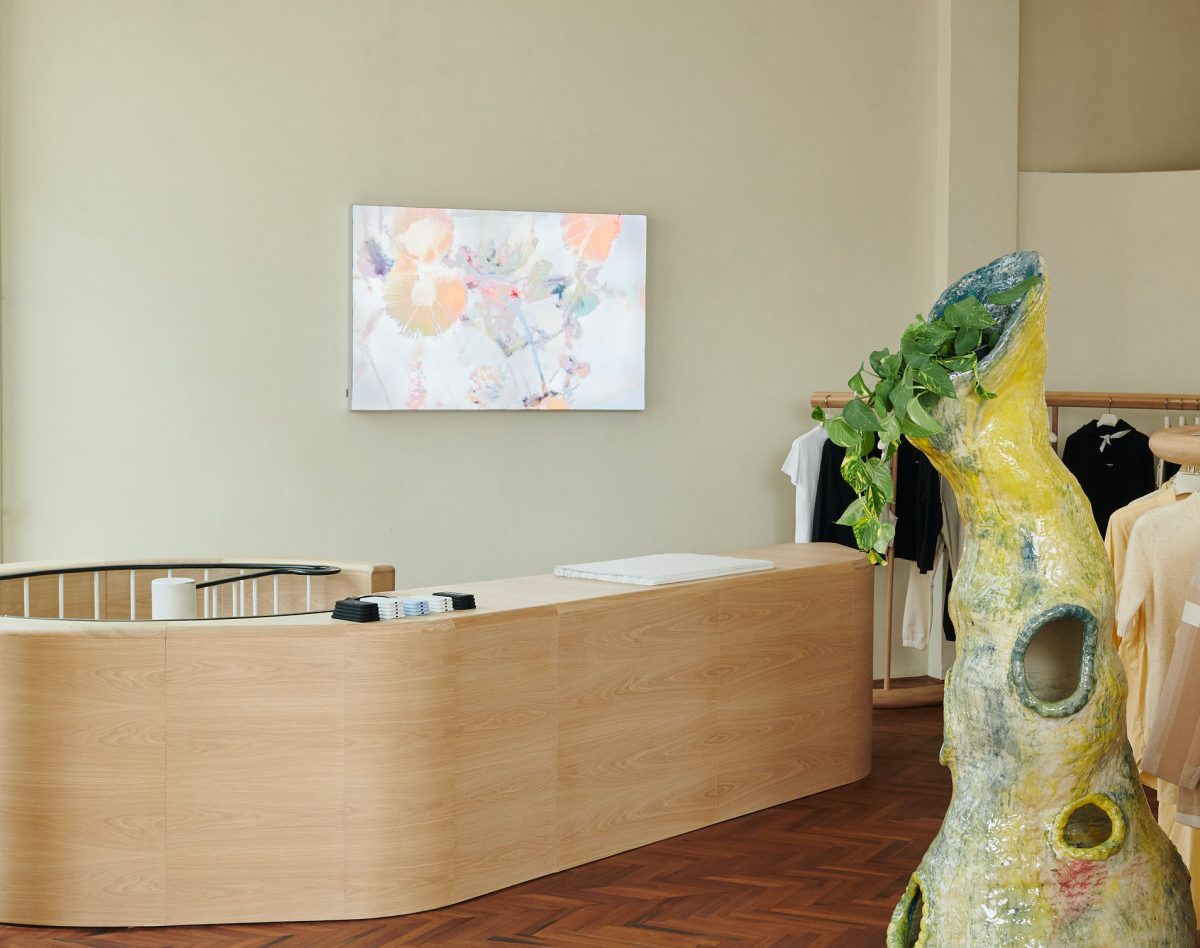 The new store is made in collaboration with architects Snøhetta and artist Ali Gallefoss. Snøhetta has been part of the Holzweiler showroom and retail identity since 2017 and has also been assigned to develop and design the next store in line, in Oslobukto, set to open in only a few weeks. The relationship with local artist, Ali Gallefoss, began 2 years ago with a sculpture, The Elephant in the Room, that Ali made from Holzweiler deadstock scarves and later travelled from Norway to Paris, Copenhagen, and Beijing. Since then, Holzweiler x Ali Gallefoss has meant a t-shirt collaboration as well as Ali’s art being displayed and sold in the Holzweiler store in Oslo.

The new store in Bergen is located in the art deco-inspired 1930’s Kroepelingården building. Here, Snøhetta has drawn direct inspiration from the local west coast landscape and coastal conditions into the store interior design. Local inspiration includes the hanging and display of clothing garments on solid oak milled rails, which brings an association of traditional handrails and craftsmanship. Clothing rods are woven between a variety of artwork created by Ali Gallefoss blurring the lines between art and functioning display and merchandizing objects. In collaborating with Gallefoss, the idea of the new space is to evoke the playfulness and sensation of an art gallery blurring the lines of what a retail experience can be.

Another significant detail of the space is the 1930’s herringbone flooring made from boats of the period that was restored. It was discovered during the renovation and was originally not part of the plan, however, quickly altered since the finding was too precious to leave behind.

— Bergen is my hometown, Gallefoss tells, where I know every single cobblestone street and corner. Working with Snøhetta is such a great honor — they have done so much amazing work that I admire deeply, and it has been so exciting to be part of this project. I have retail experience, both as a previous buyer and on the floor, so I have been happy to also incorporate this knowledge into the design process.

— The discovery and restoration of the 1930’s herringbone flooring made from wooden teak planks of the period is warm and inviting bringing the 1930s back to the space, says Peter Girgis, senior interior architect, Snøhetta.

— For us, it is a full love affair; Snøhetta, Ali, and Bergen, and I believe this to be the most beautiful store we ever did. The history of the space, the architectural references taken from the coastal conditions merged into the massive wooden rails, and Ali’s completely amazing sculptures to bring that link between retail and gallery to life is just more than I could have dreamed of would come together for our 4th retail space in Norway, says co-founder Andreas Holzweiler. 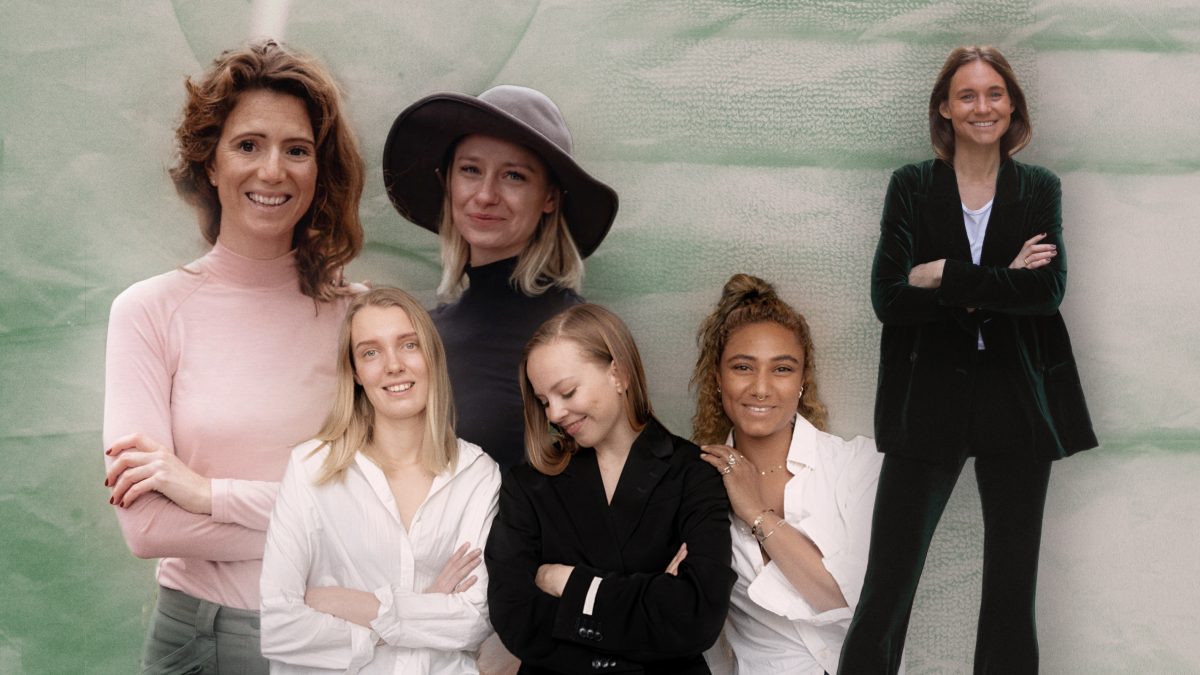 Mini-survey
3 startups on how to create a modern, relevant brand in 2021
GUIDE / OSLO
”Local businesses are making Oslo more inspiring than ever” 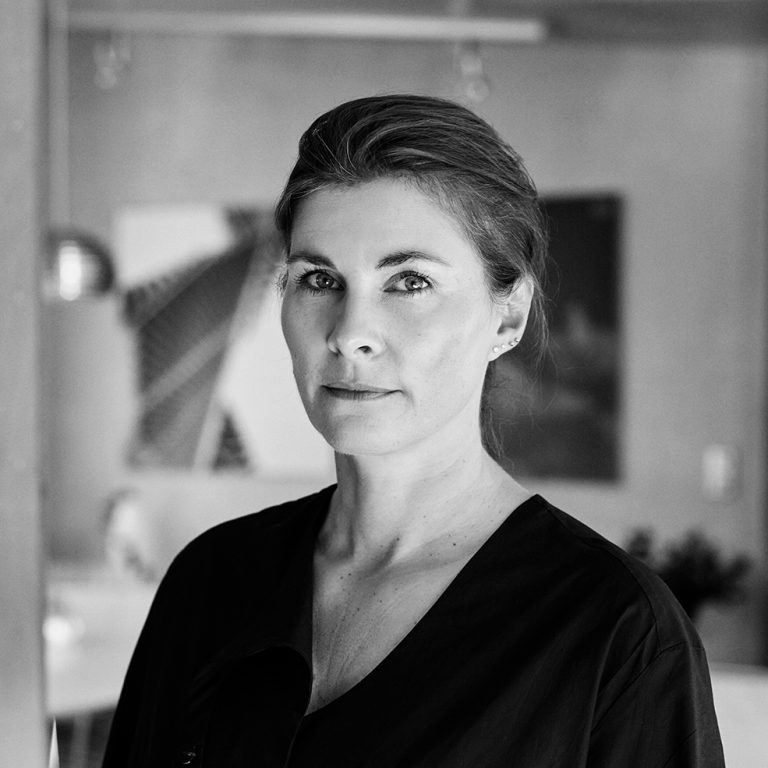 MONA JENSEN
On a melting pot of culture, art and innovation