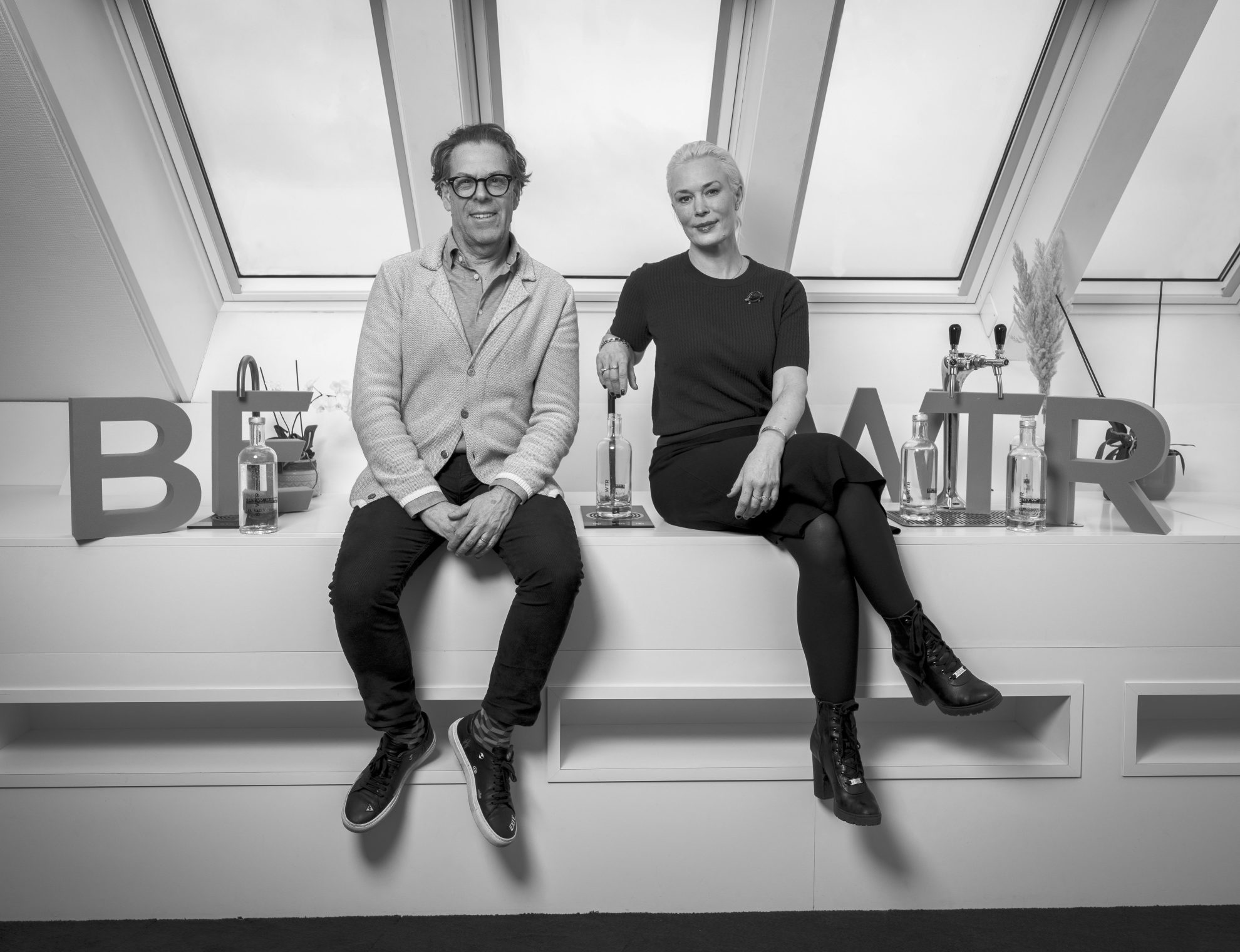 Scandinavian MIND x BE WTR
Bottled innovation
A Swiss-Swedish innovation company aims to reinvent the way we tap, bottle, distribute, and drink water. And they are elevating the experience along the way. The next step for BE WTR are luxury hotels and fine- dining restaurants.

It’s one of those things that become self-evident as soon as you start thinking about it. Why are we spending so much energy and resources on distributing bottled water across the world? Surely, there must be a better, more sustainable way to hydrate humankind?

This question is the starting point for BE WTR, a company which aims to hit the brakes on the accelerating bottleisation of water, with a series of technical innovations. The Swiss-Swedish alliance behind the company is led by the Laussanne-based founder Mike Hecker, who has a long-standing background in ­water-related companies. He was part of the team that launched Nespresso and previously ran the bottled water company Eden Springs, which had a spring in the south of Sweden.

— This background gave me the belief that you can innovate and create new brands and categories that impact the masses. But bottled water has huge problems in terms of sustainability, with a lot of transportation. It’s an industry I helped build. I wanted to solve a problem, not just sell products, says Mike Hecker.

Mike sold Eden Springs to Danone and in 2016 he founded be wtr. The idea was to create a strong water brand, that did not actually sell the water, but the technology to distribute it.

— Water is a product that everybody on the planet needs to consume daily, about 1,5 litres a day. What dawned on me is that we have two types of companies that cater to this need. One is brands selling bottled water, the other is companies selling equipment. We decided to become a consumer brand that focused on innovative equipment.

Last year, they launched their first product, the PRO 1, a water station for professional and residential environments that filters, chills, and taps still and sparkling water. It’s a system aimed at most western countries.

”At the same time we are bottling French water and sending it across the world. It’s crazy.” — Emilia Molin

— Today, most European countries have water on an acceptable level, but there are still a lot of particles and microplastics in the water, even in Sweden. What we do is that we filter out those elements, but keep the good stuff: magnesium, calcium and other minerals. And we do it an experiential way. That’s why we have designed a tap that is attractive to architects and interior designers.

The Swedish connection has made the Nordics one of BE WTR’s prime markets, led by Swedish CEO Emilia Molin. Emilia joined BE WTR after having run one of Europe’s biggest NGOs, War Child. She was attracted by the do-good mentality of the company, which since the start has been part of the Patagonia-led pledge ”1 % for the planet”, meaning that one per cent of turnover goes to different causes.

— We all need to do what we can to save the planet, and I believe business can be a force for good. After four years at an NGO, I wanted to change things at a pace that is much faster than non-profits. Single-use plastics is one of the biggest problems in the world. The majority of all plastics in the ocean comes from single-use plastics. At the same time, we are bottling French water and sending it across the world. It’s crazy, says Emilia.

The idea with BE WTR’s 1 % pledge is to support local initiatives focused on water that operate in the same markets as the company. In Sweden, they support Initiativ Utö, a foundation that helps increase the health of the Baltic Sea by creating wetlands in the Stockholm Archipelago. In Copenhagen, they work with the NGO GreenKayak, and in Finland they support the John Nurminen Foundation.

”We will install facilities either inside a big hotel, or at a local location, similar to a dark kitchen.” — Mike Hecker

— We’re not only supporting them financially, we are also out there in the wetlands at Utö, for example, carrying fish, cleaning up, and helping in any way we can. Working with these initiatives brings so much to our team. It’s great internal pride, says Emilia.

The next step for BE WTR is to enter the hospitality space, with two innovations addressing hotels and restaurants. The first one is BiG a large scale machine that will help replace plastic water bottles in hotels, conference venues, restaurants, hospitals, and other places of larger-scale needs.

— We will install facilities either inside a big hotel, or at a local location, similar to a dark kitchen. We filter and bottle the water, cap it with our special seal, and when they are used we bring them back, clean them, and start all over, explains Mike.

The BiG system can produce up to 1,500 bottles of water per hour, and the carbon footprint gains are massive.

— The potential is huge. There are 293 hotels with over 500 rooms in the world. Our facility can save up to 141 tonnes of co2 per year for one hotel. That’s the equivalent of 141 flights between Paris and New York, says Mike.

The next innovation is aimed at fine-dining restaurants. BE WTR ACTiV is a high-end carafe coupled with a PSB type resonator, which uses electromagnetic noise to ”agitate” the water.

— The idea is to create filtered water that has the same properties and tastes of the water that comes from a spring-like Porla in the south of Sweden. What happens is basically that by agitating the water we are also activating our taste buds. We have tested the system on some of the most famous chefs and sommeliers in the world, and the response has been great, says Mike.

Mike and Emilia are hopeful that the attitude towards bottled water will change in the coming years.

— We see a lot happening in the corporate world, where consumer-facing companies are judged by their actions, says Emilia. Many hotels are making progress. We all know what needs to change, it’s the inaction that’s holding us back. And just by stopping using single plastic bottles, you are actually doing something great. 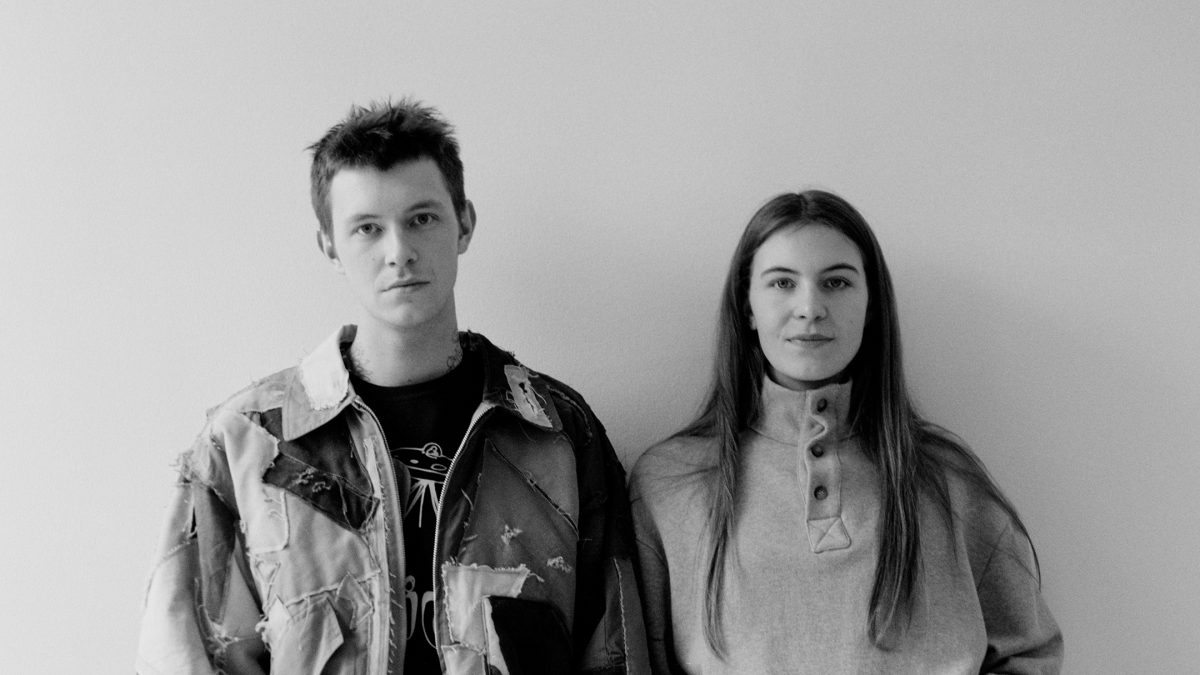 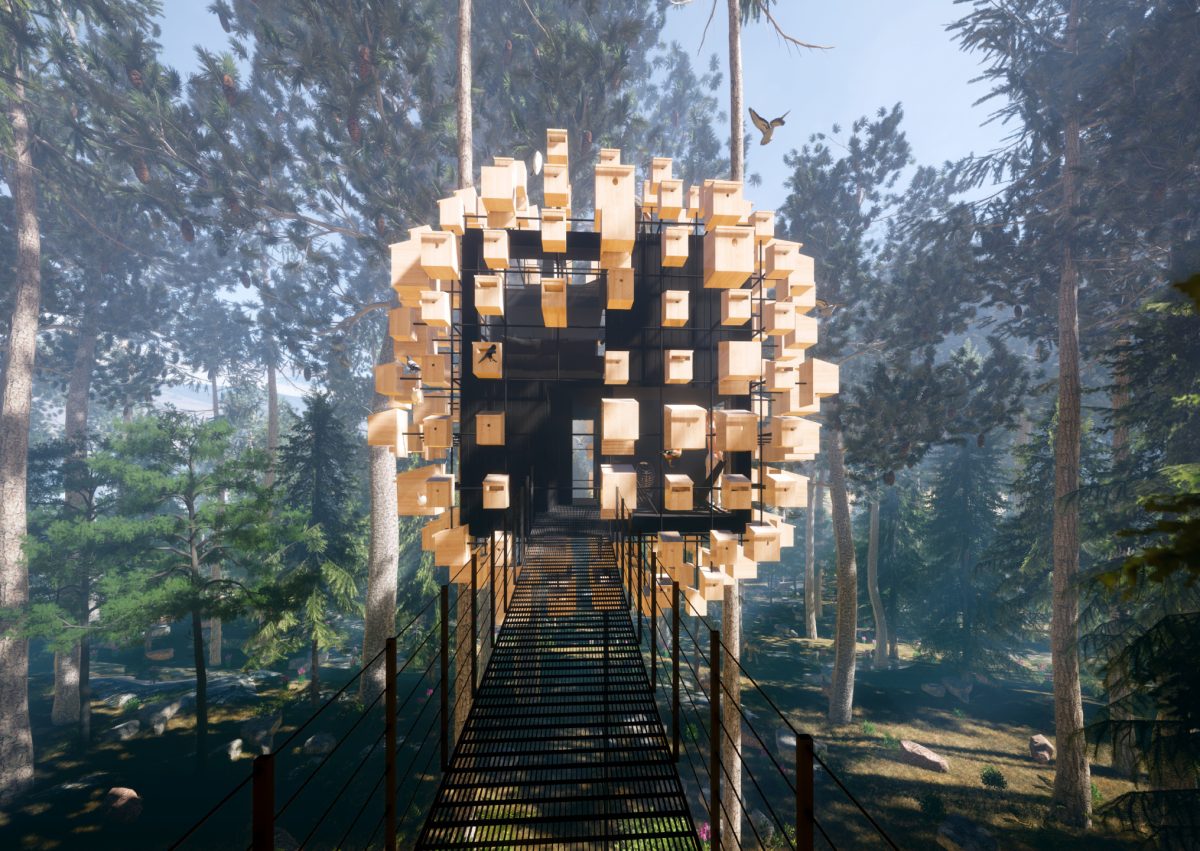