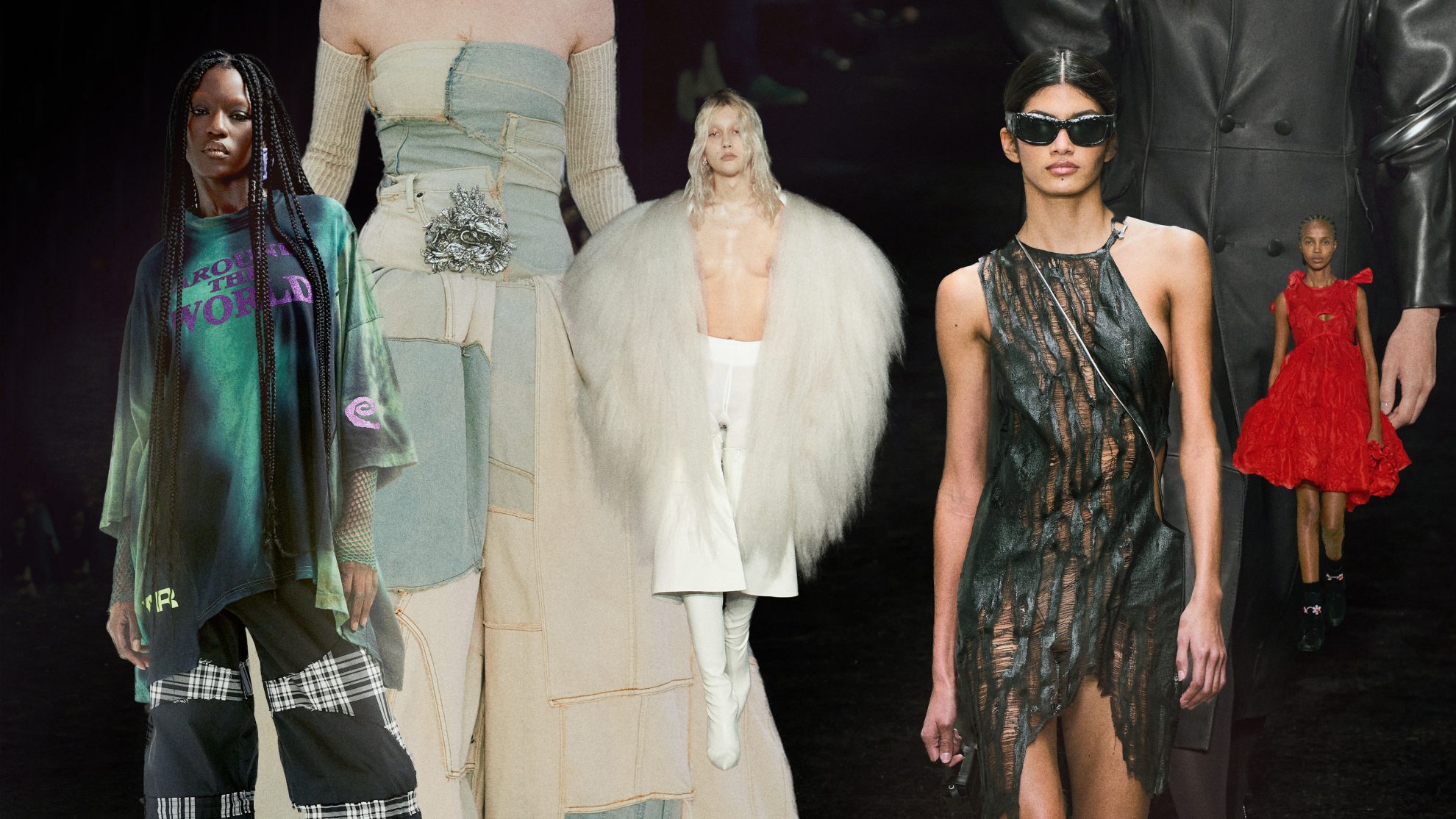 The Danish brand Heliot Emil was founded by two brothers, Julius and Victor Juul, and is named after their great-grandfather. The brand made its debut in 2016 and has since been a praised success story. With industrial and utilitarian traits combined with clean lines and the ever-so monochrome colour palette, the brand has created a distinguished signature look.

The AW22 collection that was presented in Paris is named Solitary Uniform. It explores the idea of a unique uniform and how it could work as an individual means of expression by applying elements unfamiliar to the concept.

The collection takes historical concepts and garments, such as suits, shirts and ties, and are recontextualized in a futuristic approach. This is obtained through the choice of materials as well as innovative silhouettes. In the collection, 3D printed garments, accessories, and footwear to both minimise waste and improve the level of detail as well as technical developments including RFID GPS Blocking, anti-radiation fabric and heat embossed fabric.

The occurring theme of Acne Studios AW22 collection was the sense of DIY and repairing. The idea of the collection goes back to Jonny Johansson’s, founder and creative director, initial way into fashion and the very fundamentals that is Acne Studios. He describes as he as a kid got clothes from his mother, which he then would cut up or add a belt — simply personalize it in his own way.

The collection is made up of materials that are intrinsically Acne Studios — denim, leather, jerseym and knit. It is all combined in a way that the garments feel repurposed and upcycled — ”finding new ways with what is familiar”, Johansson explained the process. It takes the form of visible seams, patchwork, exposed padding, distressed garments that are then put together and sleeves attached with hook-and-eye. All creating a contemporary grunge look. One of the most notable garments was the bustier ball gown in upcycled denim.

— This is a collection that is about the very human aspect of creativity. It is about stitching, mending, repairing. It is not destructive or anarchic — it is about the act of putting things back together, and the beauty of repair, Johansson explains.

For the first time, Cecilie Bahnsen presented in Paris. The Copenhagen-based designer, which has experience from working with Haute Couture-houses, described it as a dream come true. For her debut in Paris, Cecilie wanted to bring something that she holds close to her heart. In this, she found inspiration from the danish author Tove Ditlevsen’s poems about youth. She found motivation from Ditlevsen’s courage to follow her own path. In the collection femininity and purity from the poems are reflected in the feminine silhouettes.

Besides the dresses, Cecilie Bahnsen is adding new categories such as knitwear, tailoring and outerwear to complement and contrast the dresses. A main component of the AW22 collection is the colour palette and that it would be glowing in the night, a nod to the poem ”Night Wanderer.”

The feminine, flowing and romantic dresses are styled with sporty flats. Something Cecilie Bahnsen explains as ”a part of my Scandinavian heritage — it can’t be too romantic, it can’t be too much over the top, it still needs to be wearable and down to earth.”

After being a regular on the Milano Men’s fashion schedule for two years, Han Kjøbenhavn, for the first time, presented their Women’s collection in Milan.

— It has always been our aim to present our collections at the highest level. Showcasing our pret-á-porter women’s collection in Milan is something that I have been looking forward to for quite a while. We have developed a lot and I feel we are in a good place artistically, aesthetically, and from a craftsmanship point of view, says Jannik Wikkelsø Davidsen, founder and artistic director.

Named Sculpting Darkness, the collection embodies darkness and how it could be an inspiration that evokes emotions and how it can take shape into objects. The collection was in monochrome colours of black, white, and magenta. Exaggerated shapes are combined with skintight materials, creating silhouettes that are supported by 3D designed titanium details.

Rave Review has been making noise on the international fashion scene for a while with its design practice that is repurposing deadstock and second-hand fabrics into contemporary garments. Something they got acknowledged by when Gucci, the Italian fashion house, launched its multibrand platform Gucci Vault.

A common misconception about Rave Review is that the brand would have something to do with raves. ”We’re often asked if we’re inspired by parties, if we want to review raves, but the initial idea behind the brand had nothing to do with it”, explains Founders and Creative Directors Josephine Bergqvist and Livia Schück.

Something the duo have taken hold for the AW22 collection and are for the first time drawing direct inspiration from the roaring 90’s rave scene in Sweden. The collection combines elements that are truly rave-inspired — such as neon, psychedelic prints, and baggy pants — with punk elements, such as tartan and checks.

This season also marks the start of a rebranding process for Rave Review. A process that elevates towards a Y2K-aesthetic, but also the Metaverse. The brand is, in April, releasing their Cryptopanties, which is a collection of 3333 NFTs. The cryptopanties are a combination of fashion and art that are made from scanned physical scrap fabrics, combined with upcycled NFTs. It will be released on the Solana blockchain network, an environmental friendly blockchain. 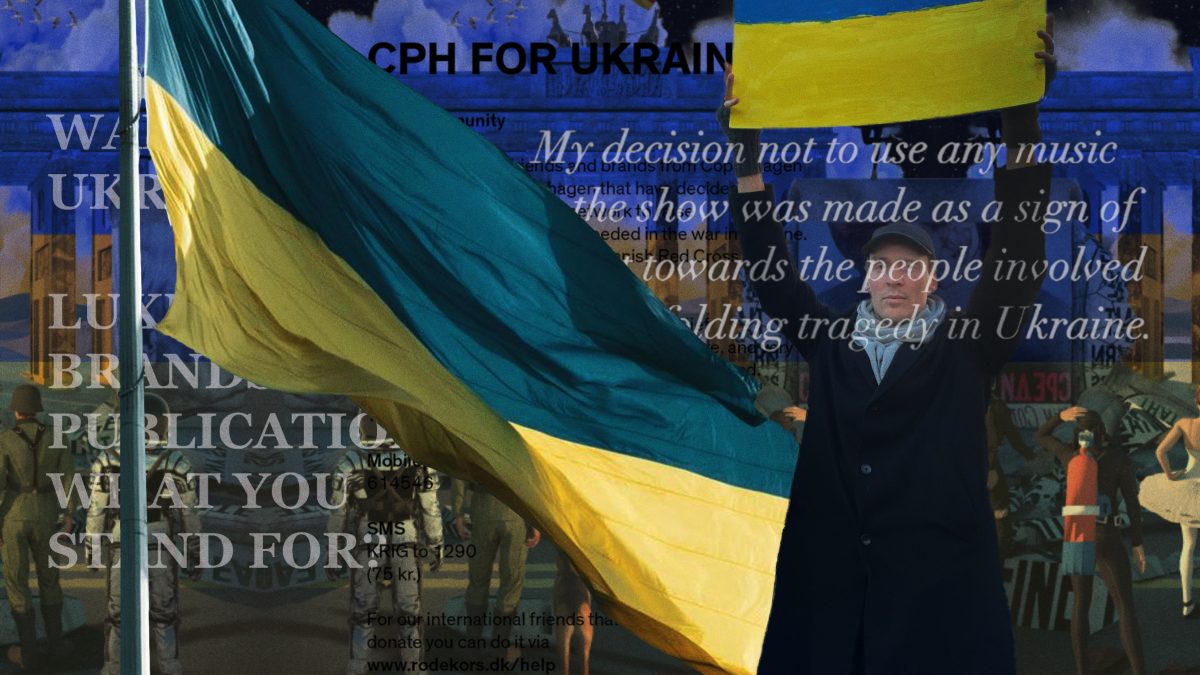 Briefing
How the fashion and tech communities are supporting Ukraine 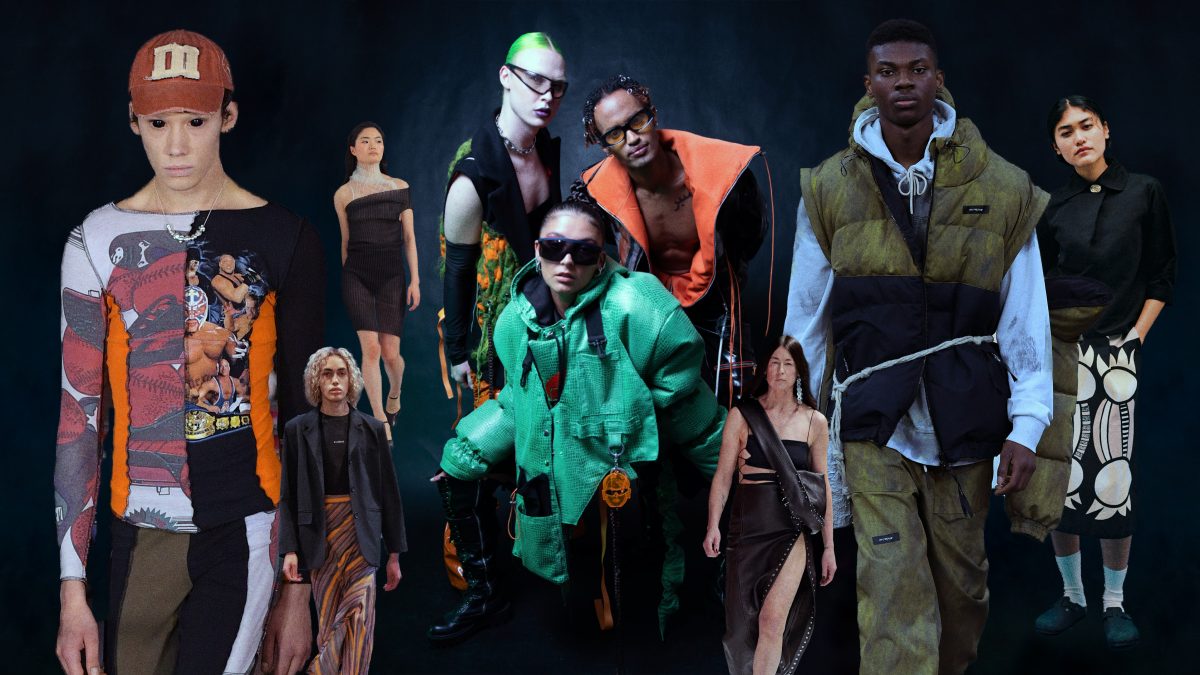 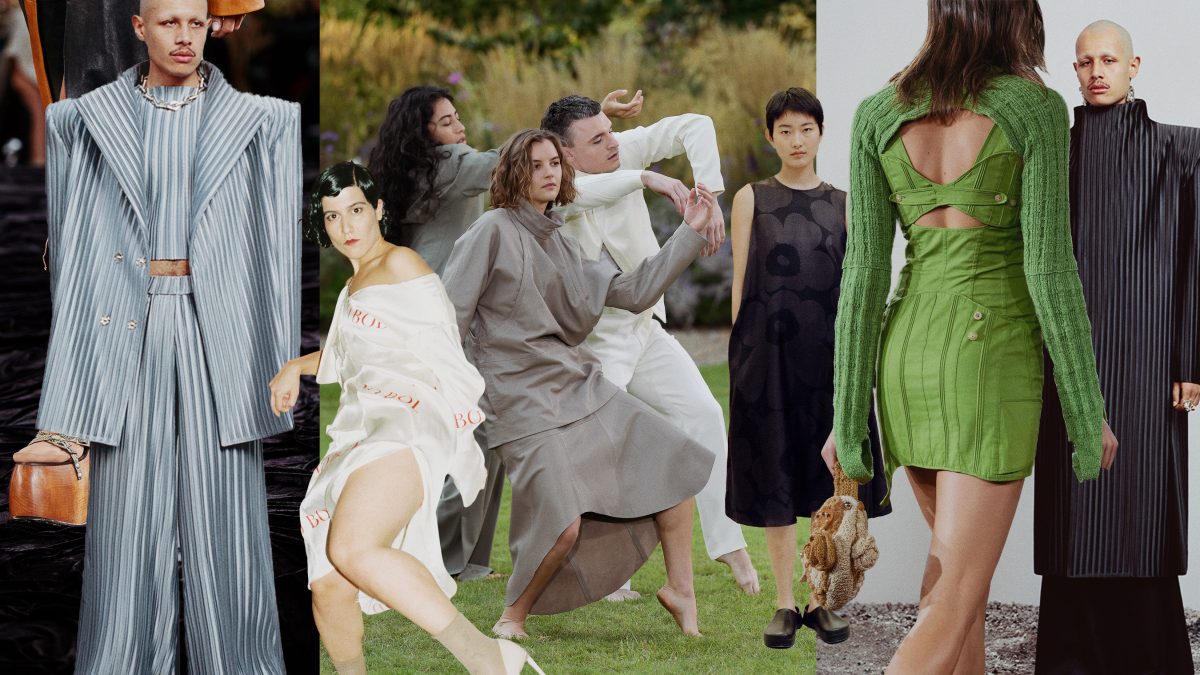